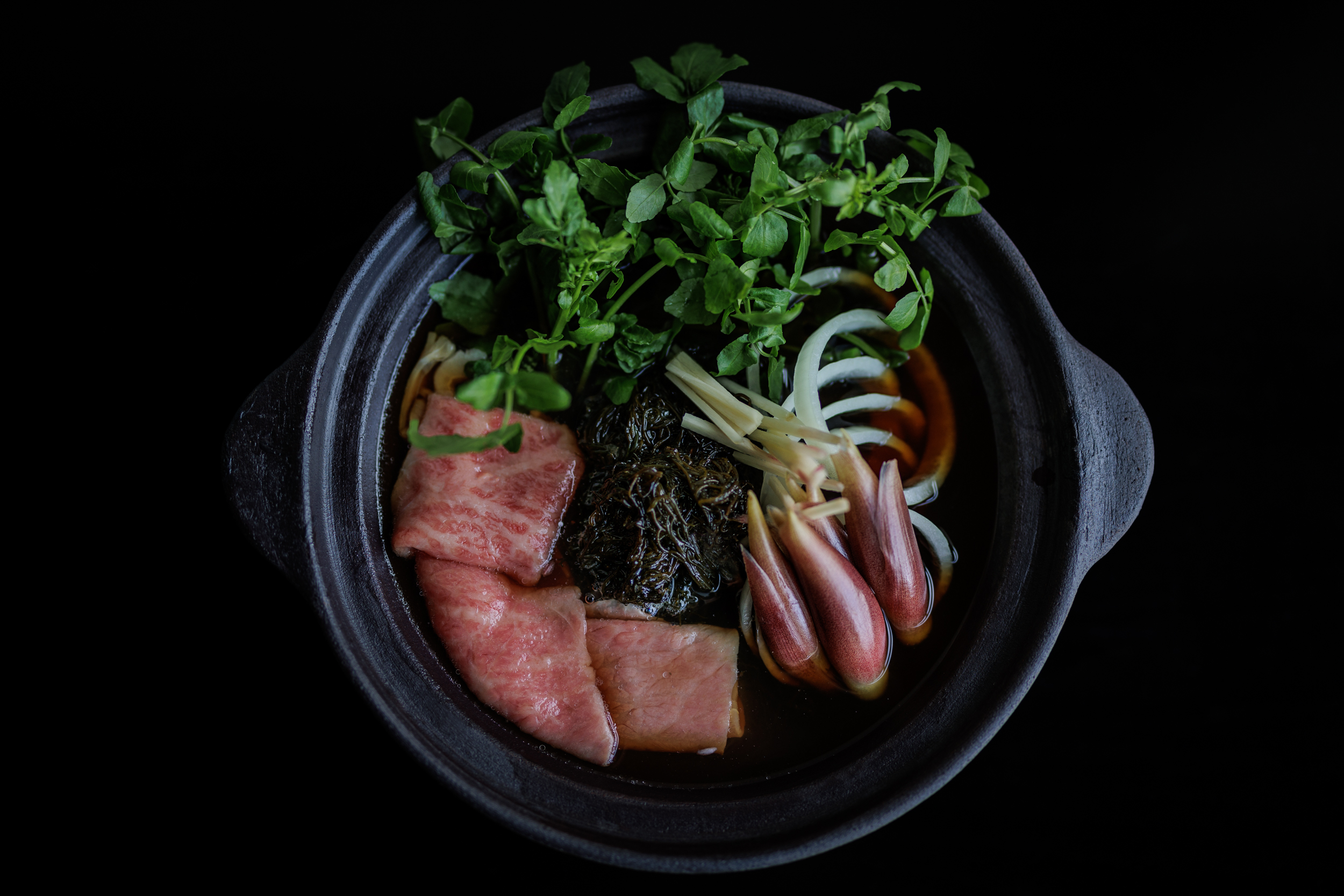 For this year’s World Oceans Day (WOD) on June 8th, the United Nations announced the theme “Revitalization: Collective Action for the Ocean”, encouraging all of us to join force and take actions for creating a new balance between the sea and humans, restoring bio-marine diversity and preserving the natural environment.

Since 2009, Relais & Châteaux properties have worked collectively to raise awareness on sustainable seafood. This year, Relais & Châteaux is celebrating the WOD with an initiative called “Seaweed Symphony”, suggesting the members of the association to include seaweeds in their menus, thus raising awareness on their many positive qualities.

We support Relais & Châteaux in this initiative. One of the dishes on our current dinner menu is “Hand-picked rock mozuku seaweed and Noto beef hotpot”. Available for a limited time, it is made with rock mozuku seaweed handpicked by the fishermen who dive deep into the nearby sea of Kaga Hashitate.

At Hashitate Port, submersible fishing is carried out during the summer. Fishermen board small boats to the fishing grounds and dive to fish turban shells, sardines, rock oysters, and rock mozuku seaweeds. Hand-picked rock mozuku seaweed is then brought to the harbor, where hard roots and debris are carefully removed using running water. This traditional way of fishing has been passed down generation after generation long before sustainability of marine resources became a hot topic, and local fishermen are committed to doing so in the future.
“Hand-picked rock mozuku seaweed and Noto beef hotpot” is available from mid-June to the end of September.

Like the other Relais & Châteaux properties in the world, we strive to offer our guests the best of the products that the sea and mountains offer, respecting the ecosystem and collaborating with the local producers.

Seaweeds are not only rich in nutrients but also constitute an important carbon sink which can sequester large quantities of carbon dioxide. Thanks to photosynthesis, algae, like plants, produce oxygen. The ocean is thus the source of more than 50% of our oxygen, especially thanks to micro-algae. Whether harvested from the wild or farmed, seaweed is an ally in the fight against climate change.

Seaweeds have beneficial properties for our health. They are rich in minerals (iodine, magnesium, calcium, etc.), fiber, and antioxidants. When part of a balanced and varied diet, seaweed is a veritable superfood!

The environmental virtues are also palpable. Algae, in addition to being effective in carbon sequestration, can help clean up estuaries, reduce ocean acidification, fight against coastal erosion, and provide habitat for ecosystems of great biodiversity. Beyond food, seaweed also contributes to the production of biofuel or even renewable plastic materials.

Relais & Châteaux’s participation to this annual campaign highlights both the association’s sustainable seafood charter (signed in 2009 with Ethic Ocean) and Manifesto (unveiled at UNESCO in 2014) for a better world through cuisine and hospitality with commitments “…to protect the biodiversity of the oceans” and “Initiate strong relationships with local farmers and fishers” (commitments 4 and 5 of the Relais & Chateaux Vision).